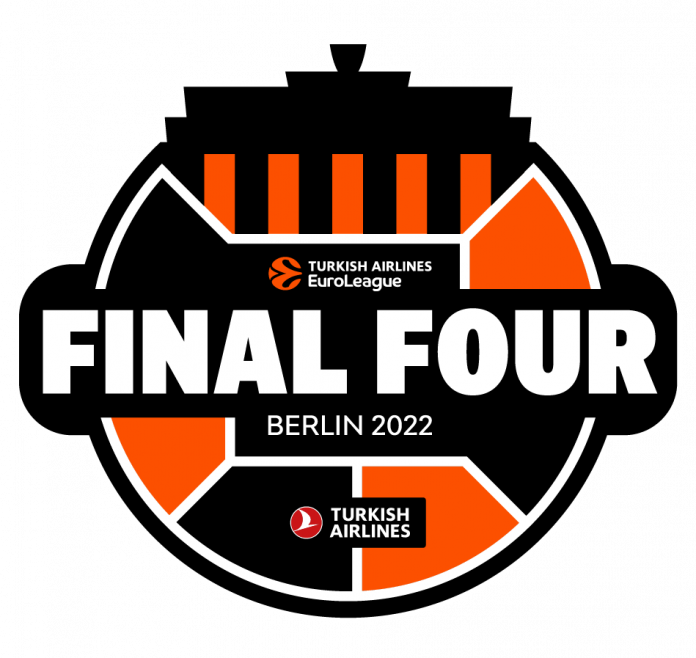 An exciting first month of EuroLeague action has teams dreaming of reaching the season’s culmination, the 2022 Turkish Airlines EuroLeague Final Four in Berlin, Germany, where the next champion of Europe’s finest competition will be crowned.

Now, all those teams have an image to go alongside those dreams with the unveiling of the 2022 Final Four Berlin logo.

Although the new Final Four logo honors its recent predecessors by retaining the competition’s orange and black colors, it nonetheless incorporates a brand-new shield shape. In a nod to the rationalism of classic European architecture, the logo features clean forms and geometric shapes. At the center of the design is the famous EuroLeague TF 1000 Legacy basketball by Spalding.

Of course, what separates this Final Four from others is the host city, and therefore the logo has one of Berlin’s most emblematic sites at its heart. Brandenburg Gate, a symbol of European unity and peace, fittingly sits atop the 2022 Final Four logo, just like the crown that a EuroLeague champion should wear.

For a record third time this century, after 2009 and 2016, the Turkish Airlines EuroLeague Final Four will be played at Mercedes-Benz Arena in the German capital on May 27 and 29, 2022.